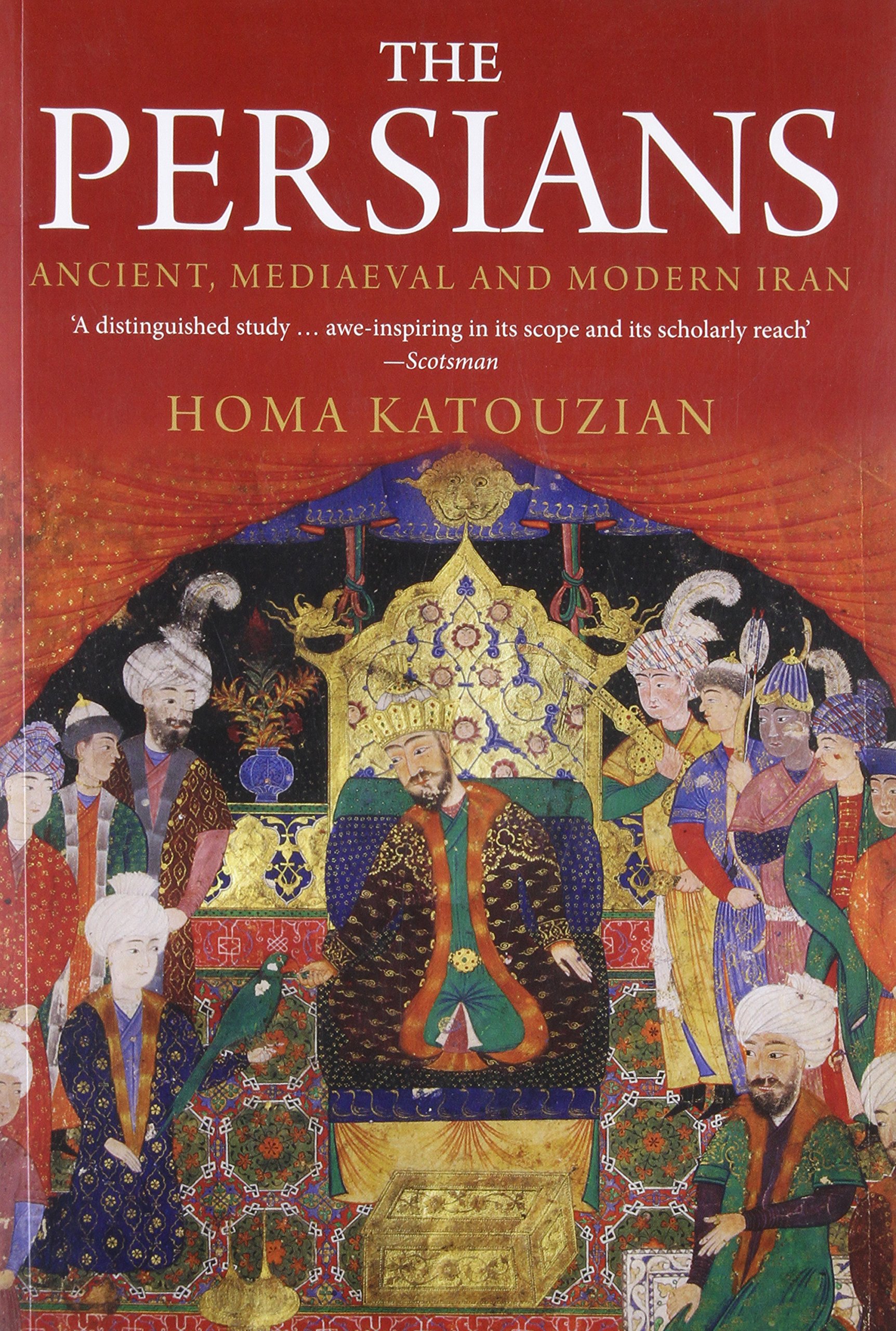 
Atossa And apart from the army? Is it a nation of great wealth? Chorus Wealth of the soil, my Lady. They have a source of silver. Atossa And do they know of the bow and arrow? Chorus No, not at all my Lady. They carry short lances and shields for close combat. Who leads them into battle? Chorus They follow no one, my Lady. Atossa And when an enemy approaches them, how can they manage to stand before him?

Chorus How, my Lady? In the same way they stood before your husband, Darius. Atossa Dreadful stuff for the parents of the new army to think about! Good or bad, he has news for us. You will soon know the full details of the matter, my Lady. Herald Devastation! All with one swift stroke! Our cities, our kingdom, our huge river of wealth, all are gone now! All are ashes now! Herald Yes, cry the loss of our army! Cry its full destruction! Chorus Too long, too old in age to see the force of such calamity! Chorus Who could have foreseen such a thing?

Herald I was there, my Persian friends! I was there and saw it all with my own eyes. I saw and can relate to you every detail of this disaster! Chorus What was the use? Chorus Our men, you say, the bodies of our beloved men, in their splendid clothes are tossed and battered by the salty waters, lifeless, now driven above, now driven beneath the ocean surface?

Atossa This dreadful news have confounded me!


Come, then Herald, courage! Harden your heart and tell us the full story, even though the story might be full of misery. Which of those who hold the sceptre of chief have died in battle and left their army desolate, bereft of a leader?

Herald The king himself, Xerxes, is still alive. Atossa Ah! Your words shine a bright light inside my palace.

Herald But not for Artemabares. And, with a light thud, Dadakes, who led one thousand men, was thrown overboard by an enemy spear. Lileus, Arsames and Argestes, all three killed by the enemy, are now thrashing about the harsh shores of the island that nurtures doves. Arkteus, who lived by the mouth of the Egyptian Nile, as well as Adeues and Pharnuchus of the mighty shield, all these three were thrown overboard from the same ship. And Matalus from Chrysa, leader of myriads of men, chief of the Black Cavalry —some thirty thousand in number- he, too fell and as he fell, his glorious long and bushy auburn beard changed colour and took the purple colour of blood.

Syennesis, too, the bravest among them, Governor of Cilicia, a soldier who single-handedly caused much trouble to the enemy, he, too has fallen to his death in glory. I have made mention of only a few of our dreadful losses; such leaders whom my memory recalls. Atossa Oh! The shame! My ears cannot cope with the words they are hearing! But come, my man, go back a little in your tale and tell me clearly, how many ships did the Greeks have to make them so confident that they could engage our Persian army in battle?

What made them turn their prows against our ships? Herald How many, my Lady?

Far fewer than ours, my Lady. Rest assured of that. Far fewer. The barbarian ships outnumbered them by far. The whole lot would only be ten squadrons of thirty and, as well, there was also this other special squadron of ten ships. Xerxes though, I know this for a fact, had over a thousand ships which he himself led in battle and he also had the two hundred and seven of them, that was the lot of the extra fast ships. Does this sound like we were beaten by the numbers, my Lady? No, my Lady! It was some divinity that tilted the balance in their favour, giving them the better luck in the battle and letting them destroy our army.

6. The Medes And The Persians

Atossa So, the city of the goddess is still unconquered? Atossa And how did the naval battle begin? Who made the first move? Herald Neither, my Lady. You see, some Greek soldier came to us from their camp and told your son, Xerxes, that when the black darkness of the night falls, the Greeks will no longer be there. He told your son that the Greeks would jump aboard their ships, sit at the rowing benches and secretly row away to save their lives as quickly as they could.

When Xerxes heard this, instead of seeing the trap the Greeks set on him, or even the hatred the Gods had against him, ordered his captains to get their ships ready. Xerxes gave these orders with such confidence, my Lady, because he had no idea what the gods had in store for him. And so, our captains, orderly and obediently, prepared their evening meal while our sailors quietly went about getting their oars ready, tying them at their well crafted rowlocks.

Then, when the light of the day receded and the night had arrived, every oarsman and every armed man went aboard his ship and each long line of them called out to the line behind it to follow them. They all sailed on in an orderly fashion, just as they had been ordered and the whole night through the captains of the ships kept the fleet sailing back and forth across the pass. But as the night went on we saw that the Greeks had made no secret attempt to escape in any direction. Then Day arrived on her chariot, pulled by her white steeds, and she flooded the whole earth with her bright beauty; and at that very moment a shrieking war cry rang out from the Greeks!

A song that echoed all about us from every rock and crag on the island. A song of terror that engulfed us all.

Fear shook everyone of the barbarians. Their hopes of victory was proven false. This was no solemn song the Greeks were singing. This was no song of grief and of defeat.

This was a song sprung from deep their war-clogged hearts. And suddenly, their flat oars obeyed some command and they sliced the salty waters of the deep. Almost immediately after that, they were there, in front of us!